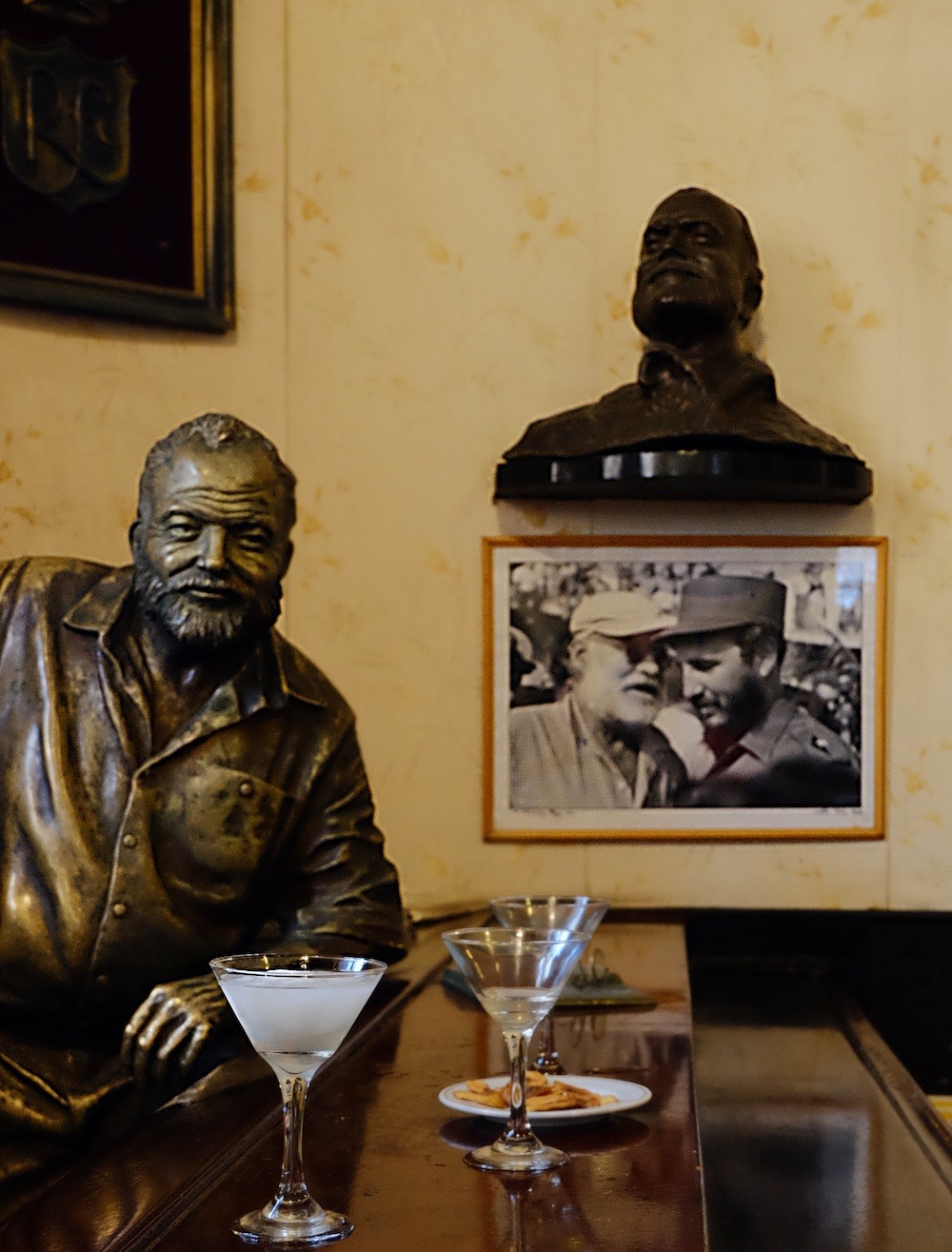 Ernest Hemingway spent 20 creative years in Cuba and in the next ones, he left many traces. The writer loved Cubans. He used to say that he was a real Cuban. He spoke Spanish and he loved his favorite Cuban activity: talking. He also had a great soft spot for women. He married four times and he had uncountable lovers. One of them was the Cuban Leopoldina Rodríguez, known as Cuba’s first prostitute. It is said that Ernest was able to achieve the great success of his works written in Cuba, dedicated to Cubans. Consequently, it was itself an inspiration for Lil from the “Golf Island”.

The great bond and sympathy of Hemingway with Cubans is also evidenced by the fact that he gave to the Cuban people his Nobel Prize medal, specifically to the Shrine of the “Virgin of Copper Charity “. The medal is currently in the treasury of the Archdiocese of Santiago de Cuba and can be seen live only once a year, on September 8, during the celebration of the Feast of the Merciful Mother of Copper, which is the patron saint of Cuba and the Cubans.

Hemingway also gave Nobel Prize money to his fishermen in Cojimar. They, in return, gave him an honor bust that can still be seen in the town of Cojimar. The bust was made from cast metal parts of fishing boats.

Hemingway appeared for the first time in Cuba in 1939. First alone, he settled in the hotel Ambos Mundos, then joined by Martha Gellhorn (still as a lover), with whom he rented the property of the Vigía Farm, located about 30 minutes from the capital, but with a beautiful view of Havana. The story of Marta and Ernesto’s relationship can be seen in the movie Hemingway and Gellhorn.

See: 20 Movies in Cuba in the main role

During the years 1942-1944, Hemingway patrolled the coast of Cuba and the Gulf of Mexico on his ship. It was a response to the call of the US government for all who had a boat to patrol the coast. Hemingway bought his ship Pilar in 1934 and sailed it around the Caribbean.

Contrary to rumors, Hemingway was not a friend of Fidel Castro. They only met once, during the opening of the Marina Hemingway and they took the famous handshake photo. However, the fact is that Hemingway in Cuba was visited by many famous people who admired the Vigia Farm too.

In 1961, Hemingway committed suicide at his home in the United States in Ketchum. He shot up with his dear shotgun.

In search of inspiration

Walking the trails of Hemingway in Cuba allows us to see what led him to creative work that end by winning prizes and the hearts of readers around the world. So how is that? Let’s move!

To start, we visit the Vigía Farm, Hemingway’s summer farm near Havana, with a beautiful view of the capital. The vegetation and the surroundings of the village are the best proof that into the beautiful nature it is certainly easier to be inspired. The house was built in 1886 and is the work of the Spanish architect Miguel Pascual and Baguer. Initially, the writer rented the property, after 10 years he bought it for $ 12,500. The writing conditions were great. The farm occupies 15 acres; there is a beautiful garden, a swimming pool and even a tower for 11 cats that the family had.

You cannot enter the house, but through the doors and windows you can admire all the Hemingway’s original memorabilia. And there is something to admire, because they have 9,000 of his books and 3,000 photos and documents, as well as all the original furniture of the property. The Vigía Farm is finally recognized as the largest museum in the world dedicated to the writer.

It is also here where the famous ship of Hemingway El Pilar is located, which sailed to fish in the town of Cojimar (about the one below). Leaving the writer’s wonderful gardens, try a cocktail that is marketed as a Hemingway cocktail. Was it really that hard to tell? but the drink made from fresh sugar cane, pineapple and lemon juice (perhaps with the addition of rum) is delicious! In other places of Cuba, a drink with this composition it is known as guarapo (for example, at the Sugar Mill Valley) and it is delicious. Hemingway’s villa can be visited throughout the week, except Sundays:

The price of the ticket is 5 USD.

Do you know someone who lived in a hotel for 7 years? For Hemingway it was not surprising, and he had lived in Havana since 1932 in the room 511 of the Hotel Ambos Mundos. I shall admit that even then, he had a good hotel deal and was paying $ 1.5 per day. When he had company, either his wife or one of his lovers, the amount was $ 1.75.

At the Hotel Ambos Mundos you can still admire the original exhibitions left behind by Hemingway. It was in this room where the great theatre play “To Whom the Bells bend” was created.

The writers’ room can be visited until 4 p.m. In that sense, we suggest going on a beautiful elevator and the other part walking, to admire the interior of the Hotel Ambos Mundos. After visiting the room, go even higher: at the rooftop where there is a cafeteria with a beautiful view of Havana and its port. 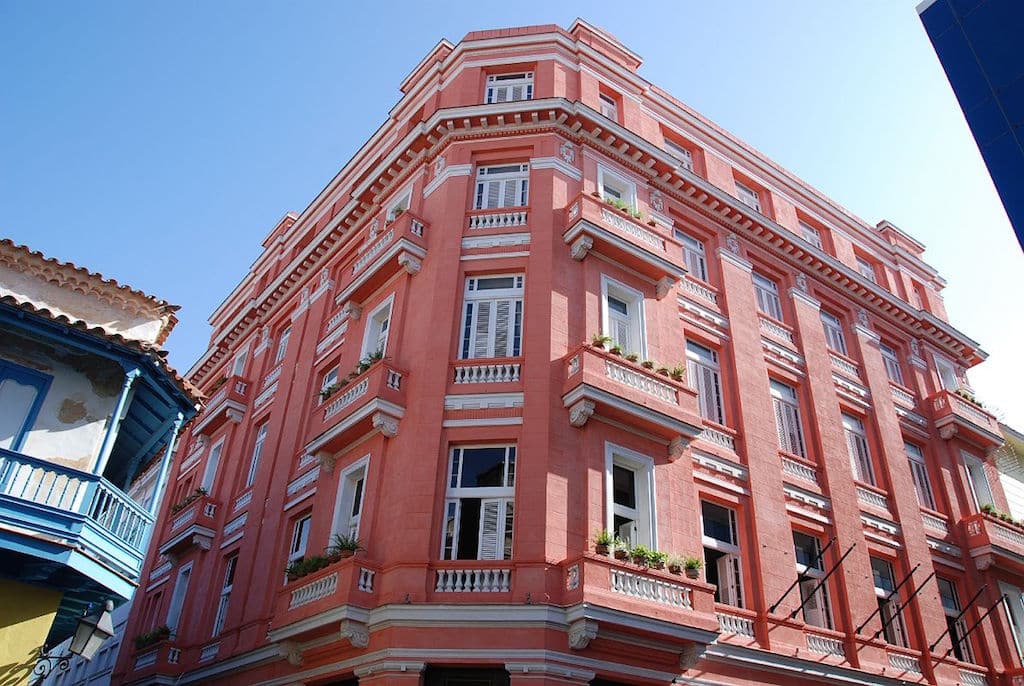 Cojimar is a small fishing village from east of Havana. This local fisherman, the patron Spanish Gregorio Fuentes, was the inspiration for Hemingway to write the story “The old man and the sea “, for which in 1953 he received the Pulitzer Prize and the Nobel Prize in 1954. It is said that he was the Captain Gregorio Fuentes, with whom Hemingway sailed; fishing with the boat El Pillar and this old man. But actually only the writer probably knew that.

The most popular stopover in Cojimar is Las Terrazas restaurant, famous for fish and seafood, but it also offers a beautiful view. Besides eating at Las Terrazas, you can also enjoy the most popular Cuban drinks and Cojimar’s specialty is the Daiquiri of Don Gregorio. Daiquiri was one of the favorite drinks of the writer and it is said that it was the fisherman, the captain of the ship El Pillar, who often served the Daiquiri according to his own recipe.

Besides the legend of Hemingway in Cojimar who still alive here, life flows very peacefully and by visiting this place again, we understand what attracted the American writer here.

Many places in Havana liked to sign under the legend of Hemingway. Each bar would like to brag about the fact that the writer was sitting at the bar. Almost all of them…

The small cafe El Chanchullero, right next to the door, we will find the inscription “Hemingway was never here”, which literally means: Hemingway has never been here.

So where was he really? Ernest Hemingway had an exuberant social life. In a few words, he was an alcoholic. His maxim was “finish work at noon and drink at three”. He also had another saying about his favorite places: my mojito at La Bodeguita, my daiquiri at El Floridita, he used to say.

In the famous Floridita bar in Havana, the writer drank daiquiri, which today is visited by tourists of the entire world. It is said that during a visit to the bar, the writer drank up to 18 drinks, and then it took 2 more on the way to achieve a round result. And after a visit to Floridita Bar, it’s time to try, apparently the best of Havana, a mojito. The writer’s steps lead us to La Bodeguita del Medio, where you can not only traveling the trails of Hemingway in Cuba, but also allow you to know the exuberant, rough and bold of the writer. Hemingway left Cuba in July 1960 and a year later he killed himself with his favorite shotgun at his home in Idaho.