Vinales is a fairytale valley, and in addition – like in a fairy tale – located behind mountains and behind forests. It is in this region of Cuba is growing the best tobacco in the world and wraps the famous cigars. See what attractions hide this region of Cuba! 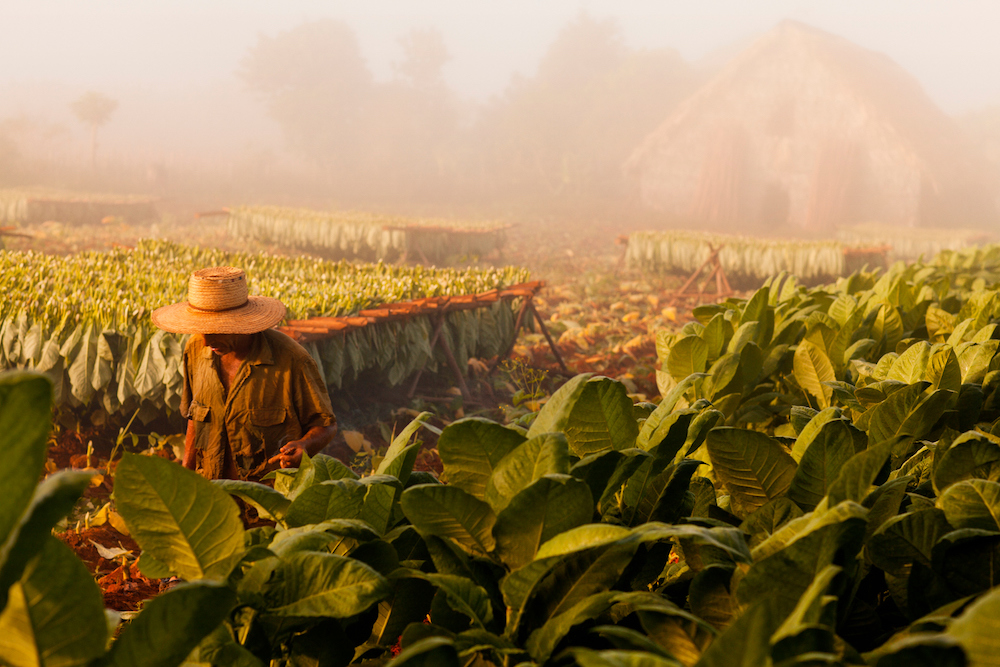 The number one is of course the same Vinales Valley (Valle de Vinales). Since 1999 it has been included in the UNESCO World Cultural and Natural Heritage List. This place is not only beautiful, picturesque, but also ecological. The valley is visited on foot, by bike, but the biggest attraction is horseback riding! Oxy, in turn, work in the fields. Everything is done in harmony with the rhythm of nature.

There are several routes in the valley. 8 km Cocosolo Palmarito, which leads through the hills Coco Solo and Palmarito, is a trail from which you have a beautiful view of the area. Another is San Vincente, which focuses on the yield of coffee. The third, quite popular and shorter is Maravillas de Vinales, which is 5 kilometers long.

The Vinales Valley is famous for its reddish, fertile soil, which this tobacco owes to its highest quality. Tobacco leaves are dried in huts called bohios, which are covered with palm leaves. This is a decline after Tainach – Indians inhabiting local caves.

Characteristic, free-standing mountains are mogotes that are the result of limestone erosion. These are the remains of the defunct Sierra de los Organos chain. 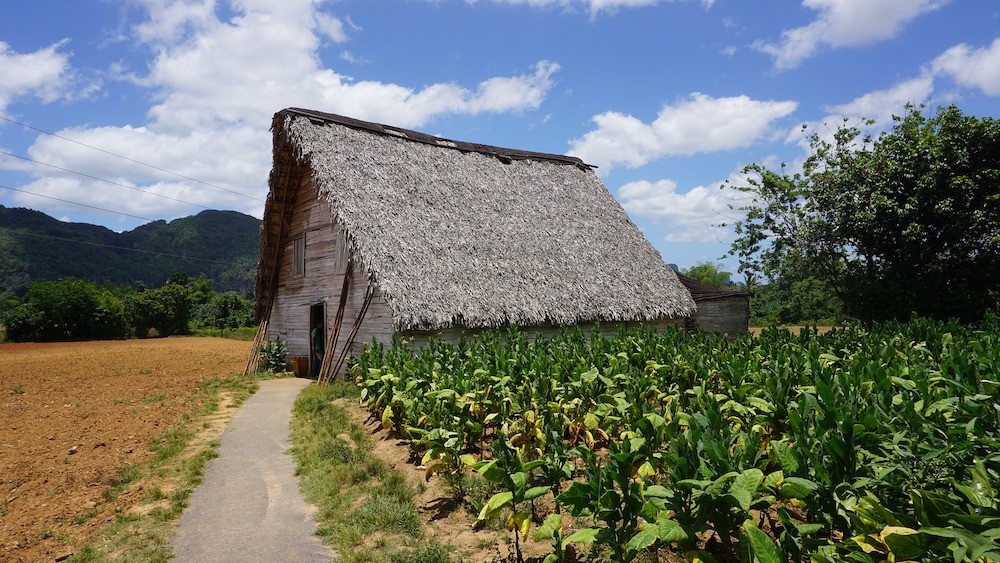 “Indian Cave” is one of the favorite sightseeing spots in the area of ​​Vinales. In the 16th century, when the Spaniards attacked the island, the cave served as a hiding place for members of the Guanahatabey tribe. The Indians were hiding from the bloody Spanish conquest, but unfortunately most of them died. The cave was discovered in 1920.

The cave is first visited on foot, then it gets on motorboats and swims in the underground river San Vincente, which is 4 km long. Unfortunately, only this fragment is available to visitors.

In the past, slaves who escaped from the plantations were hiding here. Today, El Palenque is famous primarily for Saturday events and sumptuous New Year parties, when the cave turns into a disco (that’s where Hola Kuba welcomes the new year each year!). On the one hand, we enter the mogot (mountain formation) and go through a 140-meter underground corridor to the other side. If we’re lucky, the ancestors of the Indians are waiting there for us with fire.
4) Hotel Los Jasminez (Balcon de Valle)

One of the most beautiful views of the Vinales valley can be found on the balcony of the Hotel Los Jasminez. It is worth stopping here before entering Vinales, turning right in front of the city from the main road, left at the fork. On hot days, relax by the hotel pool and admire the beautiful view of the fairy tale valley.

One of the most beautiful views of the Vinales Valley can be found on the balcony of the Hotel Los Jasminez. It is worth stopping here before entering Vinales, turning off just before the town from the main road, left at the fork. On hot days, it is also a good idea to relax over the hotel swimming pool and enjoy the beautiful view of the fairy tale valley. 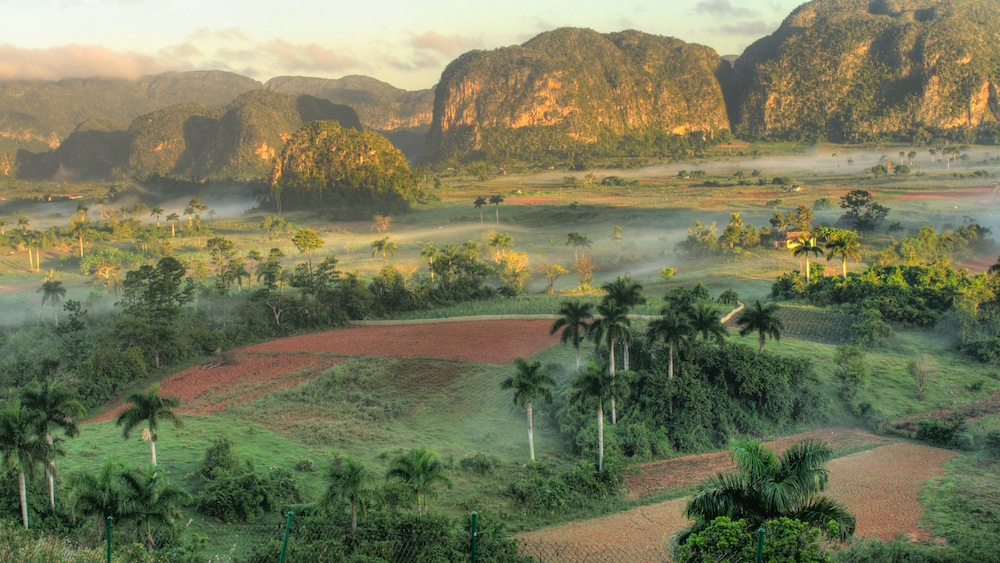 The mural is one of the most amazing attractions in Cuba. The wall picture dates back to 1961 and is the brainchild of Fidel Castro himself. There are legends that Fidel from the helicopter was looking for the most flat rock on which the artist Leovigildo Gonzalez Murillo will be painting evolution – from Amoeba to Homo Socialistus! The mural measures 120 by 180 meters and is refreshed all the time. Painting the entire “work” takes about 5 years.

If we do not have claustrophobia and we just fall in love with the caves, then the grotto of St. Tomasz will certainly be an attractive trip. It is one of the largest caves in Latin America and the largest in Cuba. We have a 45-kilometer maze of underground corridors and not everything has been discovered yet! Typically, you will visit a cave of about 4 km, admiring large stalagmites, stalactites and underwater pools.

The cave is visited only with a guide, in a helmet on the head and head.

Cayo Levisa is one of the most beautiful beaches in Cuba. From Vinales, we must go to the port of Palma Rubia, where a boat trips to the island every morning at 10 am. There is no access to Cayo on Cayo, so it is a tourist oasis, but it’s worth attention. There is only one small hotel on site. The beach is very pristine and far from commercial. We find here two bars and two small restaurants where you can eat fresh fish and seafood.

This is the second beautiful beach in the area, although unfortunately this leads to an exceptionally haworthy road. Cayo Jutias, however, is worth the trouble. There are two bars on the beach … and nothing more! There are no hotels or weekly infrastructure here. During the week there is a good chance that there will be several people on the beach, but crowds of Cubans from the area come here on weekends.

The best events in Vinales are held here. The disco is located in the main square, hidden in the corner, next to the church. This is where we can admire Cubans for whom dancing is the whole life. We are also happy to dance to us and it will be the best salsa lesson we can ever dream of. Events start every day at 21:30 shows of dances and performances by vocalists.

The rope ride in Vinales is fun for both children and adults. 800 meters run on four ropes are overcome almost in the middle of the forest. We slide from the station to the station over the tree-tops and admire the richness of the local nature. All at an affordable price – 8 CUC. The exit is on the road towards the mural. 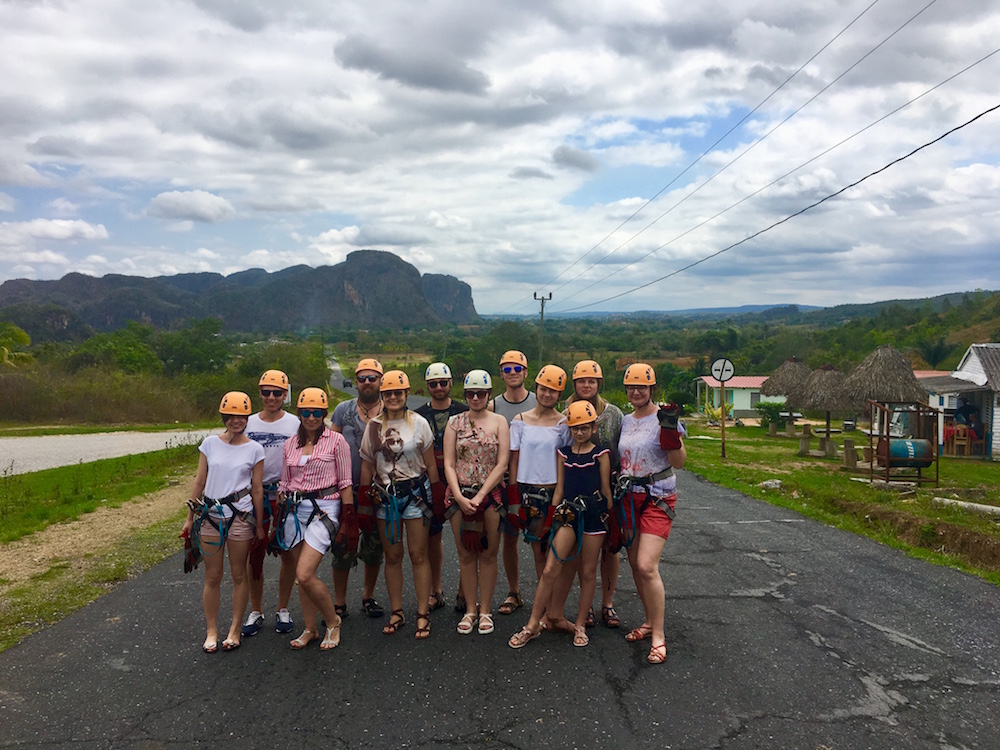 This village located on the slope of the Sierra del Infierno is famous for its unconventional medicine and handicrafts, and above all for a beautiful view. Trekking takes about 3 hours. Acuaticos is associated with the legend of healing a boy washed in the stream waters. Sympathetic to his mother – Antonica Izquierdo – families were expelled from their homes and shelter found on the slopes of the mountains. Today, there are several dozen descendants of these families who still reject modern medicine. 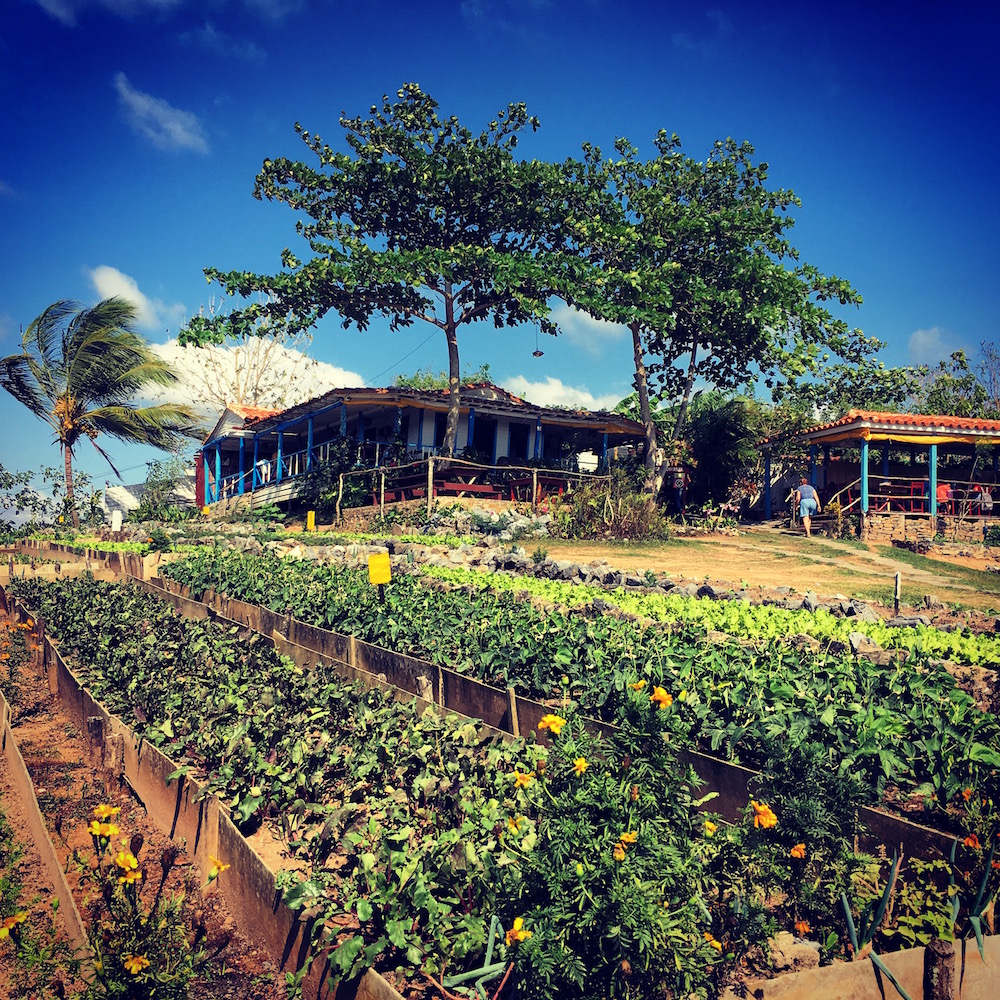 Vinales is a mecca of climbers in Cuba. Beautiful mogotes are asking to climb up. Although official climbing is banned by the government, the infrastructure of Cuban climbers is great. They are fantastically trained, have good equipment and well-run roads. 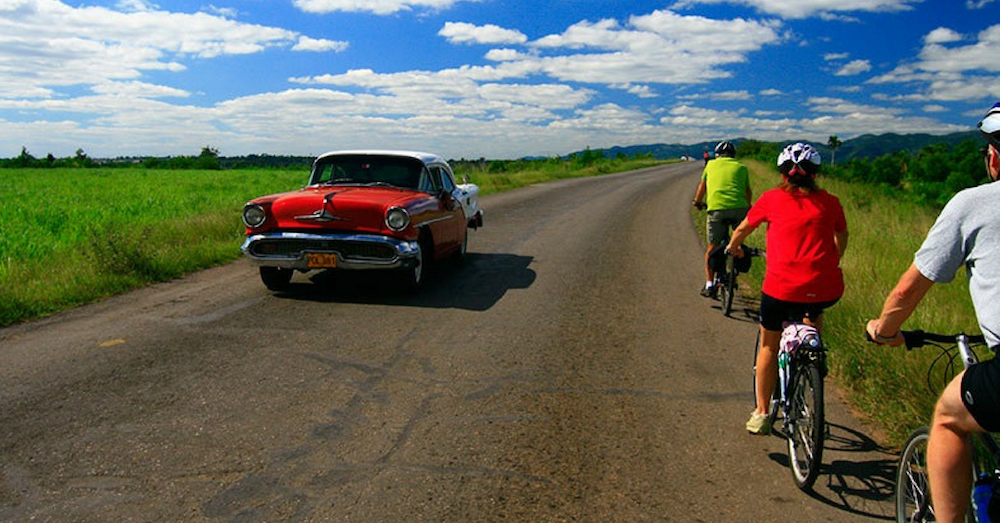