To the east of Havana and less than 50 kilometers, according to the map, we should reach the city of Camilo Cienfuegos. However, everyone knows it as Hershey. Formerly it was a completely American city that was a chocolate empire in Cuba. What there is left of it today? 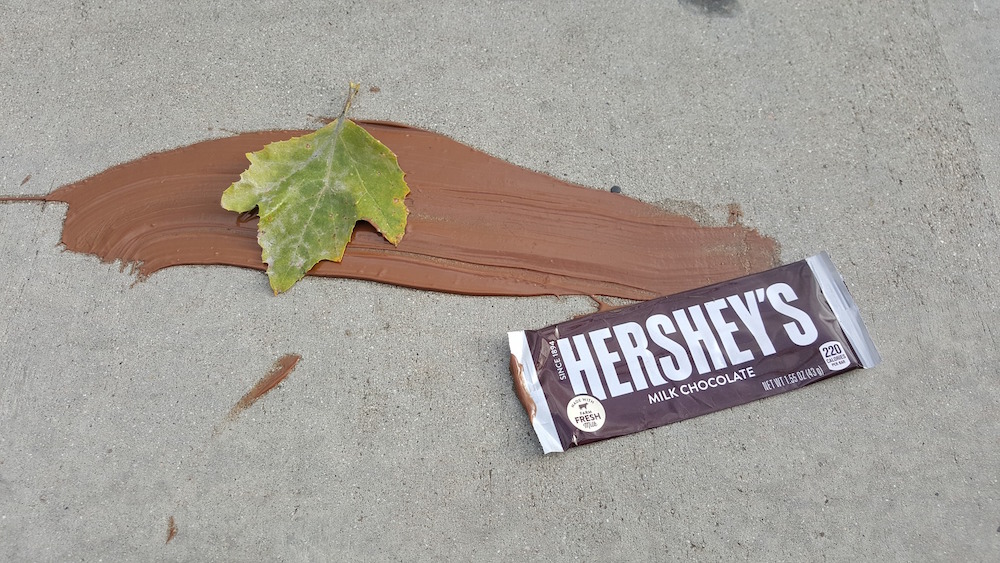 Cubans from Hershey are known as “erzsi” because of the silence of the “h” in Spanish. So quiet like a decomposing mill is remaining, after been one of the most developed cities of Cuba. Milton S. Hershey, an American chocolate magnate, arrived in Cuba even before the gang members like Meyer Lansky and Lucky Luciano, strengthened the Island.

The rural Cuba continued developing after the destruction of two bloody wars against Spain that ended in 1898, and that won … the United States. So the military incident and the victory of the Americans turned the Island into an American protectorate.

Land was cheap, and Cuba needed help. At the same time, it was the greatest moment of the American confidence in the power of private industry to promote social progress: a force that could build a New York skyscraper, assemble cars in a few hours and finally, make a delicacy at that time only for the rich: chocolate, an easy feast for the population. Cuba and its sugar cane were, consequently, the perfect place to fulfill those dreams.

Milton Hershey made his fortune with chocolate. Not only in Cuba. First he had his name on a model city in Pennsylvania, built around his own vision of planning and style of corporation. When sugar prices peaked during the First World War, he decided to build another American city of the same style, but this time in the oceanic fields of sugar cane, in the north of Cuba. All due to devastating sugar beet plantations in Europe that increased the prices of sugar more than twice.

He didn’t come to Cuba to make a profit in the cheapest way. Like any other industrial, Andrew Carnegie of Pennsylvania (a billionaire who made a living off steel), Hershey believed in the power of great people and great public works.

Along with the factory, Hersey’s showcase at the time, one of the most advanced technologically speaking in the world; Hershey built in Cuba schools, clinics and modern apartments for his employees; exactly 180 houses. The city park, certainly, was one of the most beautiful of the whole Island.

Americans brought all of their culture to Hershey, which means not just the good part of it. They also brought to Cuba their system of social stratification and racial segregation that Fidel Castro’s revolution also wanted to erase. Of course, slavery in Cuba has been for many years, but not by the Cubans and their colonizers. Americans somehow they have established racism.

Blacks were not allowed to enter the modern part of the city developed by Hershey and they were not allowed to live in new houses. After the victory of the Revolution, the blacks found a job at the factory and got beautiful American-built houses that still living in them to this day. However, Cubans still mention nature patronizing of their bosses in the United States. Hierarchy was inevitable in the rules of the capitalist games.

Hershey’s greatest technological achievement was the modern electric railroad that runs approximately 90 kilometers from Havana to the port of Matanzas. The railway wagon was transporting raw cane to deliver it to the mill. It was then the only railway in Cuba and very modern for that time. The resilient engineers still keep the squeaky cars and the railroad still works today, although failures are frequent and hot cars are not the most enjoyable attractions during hot summer days. The train travels very slowly rattling from station to station and there are 46 of them along the entire line of railway.

Hershey left no heirs when he died in 1945; he donated most of his fortune to the charity. He only instructed his directors to sell his farms in Cuba. It resulted that it was a premature business decision. In 1959, when Castro assumed power, the Hershey Mill and tens of thousands of acres of reed fields around it, they found themself in the hands of a Cuban magnate, Julio Lobo, one of the richest men of the Island. Castro nationalized the Hershey, as well as the railroad, the oil factory, the power plants and finally all the other companies in Cuba.

When the new government of Castro took over the mill, the municipal canteen was reopened and a sign appeared on the door with the inscription: “Thanks to the Revolution.” It is a very popular slogan in Cuba.

The sugar that used to be found in Hershey’s chocolate bars and Coca-Cola, after the revolution it was sent to sweeten a Soviet tea. The town of Hershey and its factory were renamed Camilo Cienfuegos, after the hero of the revolution and one of the best Castro’s commanders, both died in unexplained circumstances, in a plane crash in 1959, at the age of 27. Despite the Cuban cult for Cienfuegos, bigger than Castro, the new name of the city is not accepted in Cuba yet and Hershey is still Hershey or “erzsi for Cubans.

The fall of the Cuban Hershey

Unfortunately, the post-revolutionary idyll of nationalizing everything did not last long. When the Soviet Union collapsed, world sugar prices had already fallen. The mill began to slowly die until it was finally closed in 2003. The government trained some of the employees to work in the nearby tourist destinations and built a new ceramic tile factory in town. Many of Hershey’s residents went to Havana, Miami and the rest of the world and Hersey’s mill has not yet risen again, so it remember us the sad fall of the city.

There are rumors in Cuba that Hershey wants to return. But none knows if it’s really Hershey or maybe the Julio Lobo family. Everyone, however, wants the city to regain its life and stop being an open-air museum where all you see are grazing cows…

Revitalization of the railway

There are plans to revitalize the rail route that begins in Casablanca. The architect of Javán, Renan Rodríguez, hopes to preserve the industrial heritage of Hershey and he wants to promote the route of the railroad. Rodríguez plans to open the first hotel in Casablanca, the museum and the restaurant, and renovating the Hershey Hotel and tourist accommodation in the former worker’s homes.

When exactly it would happen? None knows yet. But a small step in this direction was the renovation of the Casablanca station by French artist Daniel Buren at the Biennale of Art of Havana in 2015.