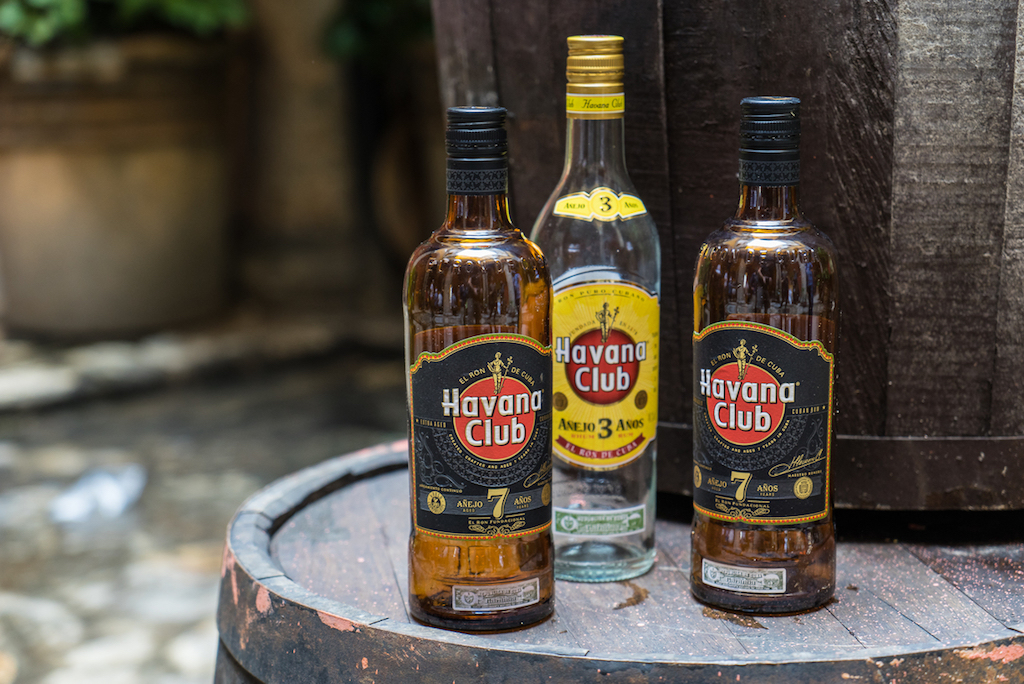 The Cuban culture of rum consumption can be surprising, even for Polish. Drinks are very strong and anyone regrets about the rum that runs through the glasses like springs. Here nobody uses the 50 ml measuring glass. A good drink is about ¾ of the glass of rum and most of the time, is possible to add more rum even. What’s the Cuban rum that is worth to buy, taste and bring with us to Poland? Let’s see! 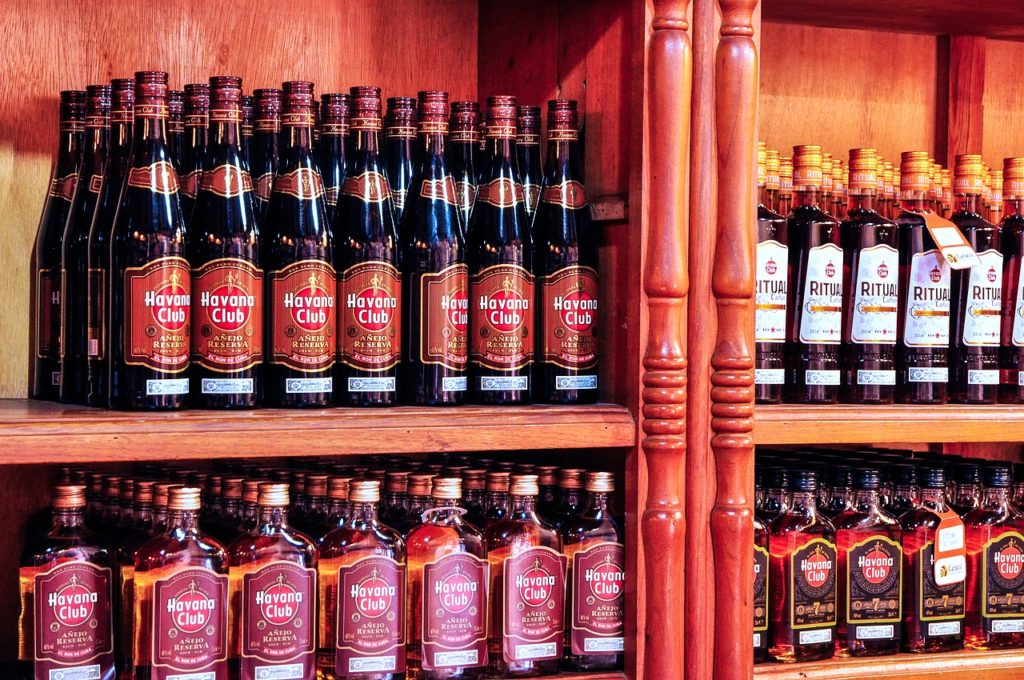 The rum for Cubans is almost as important for them as the Vodka is for Polish. Almost, however, there are several essential differences between them.

Firstly, there are no requirements while consumption. It doesn’t have to be frosted; you don’t need herring or cucumber to chewing the intense flavor of rum. It doesn’t require a trick. A genuine gentleman neither has to wait until midday to start drinking, either needs an especial glass.

The rum in Cuba is drunk it; it doesn’t matter how or when, the most important thing is the companionship and that’s a previous requisite. This kind of drink is more consumed than beer by most Cubans and almost every day, due to the fact that beer is consumed while special occasion, for instance, during holidays.

We should start with the fact that Cubans owe the rum to Christopher Columbus, who in 1492, during his second journey to Cuba, he brought the sugar cane, the raw material to produce rum. Therefore, the cane is not an endemic plant of this area (unlike tobacco that was cultivated in the Island before Columbus arrival).

The production of rum started in the XIX century, although it is known that the liquor produced from molasses (that is to say, a derivative obtained from sugar production) it was known before. The Spanish colons that used to work in sugar cane plantations, they notice that molasses got fermented quite quickly and acquired an alcoholic aroma. During that time, however, the ageing process in barrels was not implemented yet.

This idea appeared around 200 years ago and there were used recycled barrels, among others, the ones that had been already use for Whisky and Brandy, therefore it was named rum. In the version above-mentioned, it was considered a cheap drink for poor people and slaves. Afterwards, rum became the favorite drink for pirates and seaman that roamed the Caribe.

Many new brands have used the recipe to produce the rum that appeared in Cuba until mid-twenty century. Nevertheless, this idyll didn’t last forever. After the victory of the Cuban revolution and as a result of the embargo, approved by the USA against Cuban products, many producers abandoned the island for ever and ever. This is what happened to Bacardi family too.

Nowadays, this rum, probably the most famous one in the world, is produced in Puerto Rico and Cubans are proud of emphasize that Bacardi rum have never been the same that it used to be when it was made in Cuba. Subsequently the revolution triumph, only a few of the legendries distilleries remained in the Island, mainly Legendario and Havana Club that faced the mission of defending the fame and quality of the Cuban rum in the world.

The darker the color of the drink, the longer was kept in the barrels and softer the flavor will be and… subsequently, higher the price you pay. As a result, Cubans choose white rum daily and aged rum is reserved for special occasion. The white rum is cheaper, very popular among Cubans and it is selling even in small carton (that is to say, pasteboard for kinds), call Silverdry.

White rum (white): is characterizing by a transparent color (possibly a lightly yellow shade). The white rum came from spirits (like is to say, the first alcohol obtained from molasses), that is ageing in oak barrels.

There is a lot of white rum in Cuba. Tourist, generally combine this rum with soft drinks, creating something similar to a Cuba Libre. Cubans barely support an alcoholic cocktail, that’s why they drink them without any addiction. White rum should taste like pure Vodka; alternatively, whisky: regarding the kind and age of the rum.

Aged rum: The most renowned one is Havana Club 3 years aged (lightly yellow). It must come from spirits that have remained in oak or cherry-tree barrels no less than 3 years. The rum that has been aged for approximately 3 years is excellent to prepare all kind of drinks, including Mojito, Cuba Libre and Daiquiri. Definitely, it has a softer flavor than white rum.

Older rum (literally old): The rum that has been ageing for over 3 years. It is very easy to distinguish it from others, because of the color and price of the bottle. The longer was keep in barrels the higher the price and refined the flavor. The Cubans, as we just said, they drink it without additive, but the less advanced gourmets, they can mix it with cola, like we do with whisky.

Extra ageing rum (very old): Luxurious, aged in barrels, from one dozen to several dozens of years. Here, to blend it with coloring drinks will be a profanation.

The most popular Cuban rums

Havana Club: This is the most famous Cuban rum in the world and the most well-known varieties of Havana Club Rum are: Aged 3 years, Special, Reserve (the price goes from a few dollars to $10.00 for a bottle).

Havana Club 7 years:  As its name suggests, this rum is made of different kind of rums that have been aged for over 7 years already. It has a strong flavor; you might notice tobacco, vanilla and some tropical fruits. It’s a type of rum very intense, but at the end you feel a very delicate taste (price is around $15).

Havana Club Seleccion de Maestros (Cuban Best Rum-maker Selection): This is one of the most complexes rum of the range proposes by Havana Club Brand. It has an aroma like tropical fruits, nutmeg and ginger, as long as in the palate leaves a caramel, chocolate, coffee and cedar flavor (Price is about $40.00). The recipe is watches over by the Rum-makers themselves.

Havana Club Maximum: The bottle itself is very impressive. It’s made of Venetian of Murano glass, decorated with golden thread. The cost is only $1500.00. We don’t know how the flavor is, but we suppose it’s phenomenal.

Santiago de Cuba: A brand less renowned, but loved by Cubans. Rarely is export to Europe and therefore, it is very probably that cause a better impression among our friends after its arrival to Poland. Like Havana Club rum, this brand is compound by different kinds, such as White, aged, etc. Prices are very similar. We specially recommend Santiago de Cuba 15 years aged (the price is like Seleccion de Maestros).

Santiago de Cuba 25 years: This is a kind of rum notorious for been exquisite. It fragrance recognize the aroma of typical fruits and spices of Cuba. It’s very characteristic for a long and intense ending.

Mulata Rum: It’s a delicate type of rum, dryer and more subtle. It contains the essence of caramel and brown sugar. After trying you feel different tastes in your mouth, such as tropical fruits, cinnamon and nutmeg. It is available in standard versions, from White to Aged rum. The cost is only a few dollars per bottle.

Cubay Rum: This rum has a particular flavor of honey, due to the addition of brown sugar and vanilla. It is available in many types.

Varadero Rum: It has certain resemblance to Brandy and it’s available in different versions.

Elixir Legendario Rum: One of the unusual rums produced by Legendario Brand. Different prizes have been granted in several international competitions. It has a sweeter taste that reminds you a strong liquor of rum. In the sweet version (Darker bottles), it is ageing in barrels with raisin.

Naturally, all of the above-mentioned is just like a drop in the sea, compare to the offer of Cuban rum; and the prices we will find in Cuba will be more seductive than prices available in Poland. We buy rum literally everywhere and most stores have the same prices, like the cigarettes. This is an imposition of the Cuban Government in advance.

Drinks to try in Cuba

Cuba Libre: It’s a classic. It appeared around the year 1900 in Havana and is a combination of rum and coke, optionally lime. It’s also known as rum and coke.

Cubata: It is a drink exactly like Cuba Libre, but with dark rum.

Mojito: It is bittersweet and refreshing. In Cuba, where it was originated, taste better. The Mojito consist of: 40 ml of white rum, 20 ml of sugar syrup or refined sugar, 2 quarters of lime, 6 leaf of peppermint, 40 ml of sparkling water and ice cubes. Nowadays in Cuba, the rum, the lemon juice, sugar, a bunch of peppermint and ice cubes are combined in a greater frequency. Also a little bit of water.

Daiquiri: In Cuba, this drink became famous due to Ernest Hemingway, who drunk it in his boat and at Floridita Bar; and probably in many other places. It is made of white rum, sugar syrup or refined sugar, lemon or lime juice and ice.

Piña Colada: It’s a sweet Caribbean drink, perfect for a hot day at the beach! The Piña Colada is a blend of lightly rum, cream or milk of coconut and pineapple juice. Everything is mix up in a blender and at the end you sprinkle a bit of cinnamon on top of the glass. The top of the coconut tree will be felt it, in the best way. A good Piña Colada has to be thick, essential and frappe!

Guarapo or Guarapiron: This is the so called “Cuban Viagra”! This delicious drink is made of juice of the sugar cane (preferably squash at the place where you drink it!), pineapple and, of course, rum!

Canchanchara: A drink that used to warm up the soldiers and slaves in the past, and even it served to wash the wounds. It’s original from the south of Cuba, mainly from Trinidad, the place where we should try it, in a traditional ceramic glass. Canchanchara should be strong thanks to the spirits. It’s possible to make it with rum, but the original version is prepared with firewater (the first alcohol obtained from molasses and stronger than rum!), honey, lemon or lime juice, water and ice cubes.

Coco Loco: Nothing is easier than putting in a freshly open coconut, with delicious coconut water, good rum and drink it pleasantly. That’s a Coco Loco, literally, “crazy coconut”.

Saoco: It’s not as popular as Coco Loco, but sometimes it’s served in a coconut. The Saoco drink is made of coconut water, rum, lemon juice and sparkling water. It is serving with ice and sometimes with lemon.