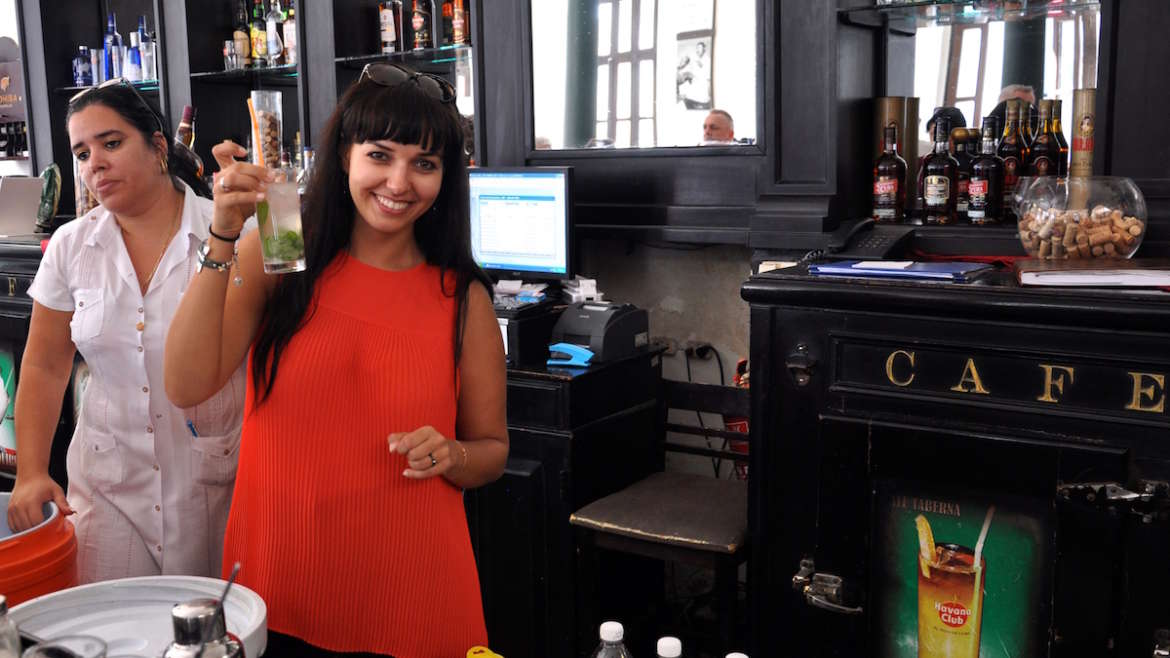 The March expedition was a real challenge. In a beautiful but super-intensive program, everything had to be buttoned. A satisfied group is probably proof that everything went very good thanks to the work of Sunny Vinales Tour and Hello Cuba!

Today we will take you on a trip following the footsteps of the March expedition organized by GoForWorld by Kuźniar according to the agency’s original schedule. It was very intense and hardworking. In the first place, we had an ambitious plan to see and feel as much as possible. In the second place, it was a round trip, combined with training, so we combined nice and useful.

This is how the part of our group presented itself at the end of the trip, on the beautiful beaches of Cayo Santa Maria.

But, let’s start from the beginning. And we start traditionally in Havana, where we stay in guesthouses, in the greenest district: Vedado. We have to admit that what caused more emotions were the Cuban hosts. After the first night, the whole group shared impressions about how everyone slept and who were our Cuban friends.

Havana in the viewfinder

The first day was dedicated to visiting Havana, diversifying our courses, dancing and doing cocktails. We take care of the correct order of these attractions, of course.

This is how Havana was presented from the Gómez Vila building, the tallest building (35 meters in height) at the Old Square (Plaza Vieja). 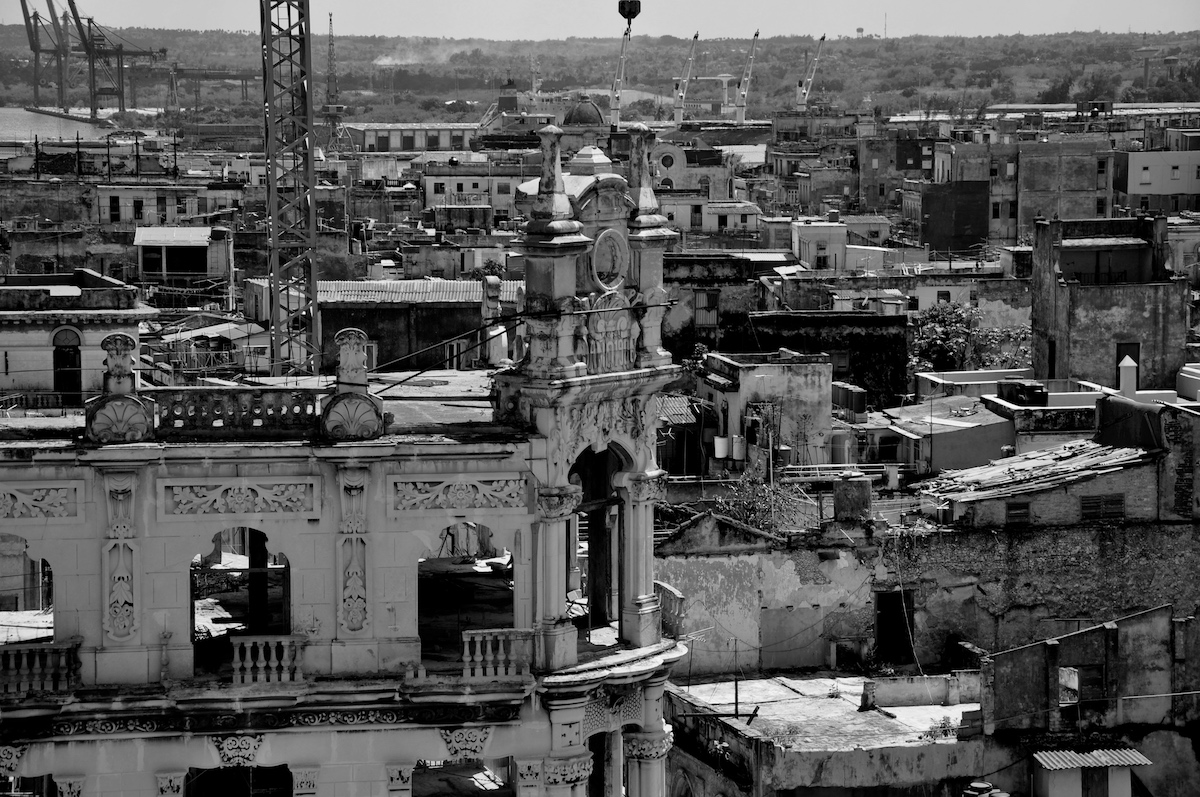 It is worth entering the building not only to admire the panorama of Havana and a beautiful view of the Capitol but also to admire Havana from the perspective of the Camera Obscure.

It’s the only Camera Obscure in South America and the Caribbean, so it’s worth it.

And so, the Gómez Vila building looks beautiful. We had the chance to count the stairs because, as often happens in Cuba, the elevator did not work. At the top, you can see the observation platform from which we admire Havana.

To Old Havana, which is the oldest but most beautiful part of Havana, we come from the Plaza de the Revolution (Revolution Square) with old American cars. Due to Cuba is a living museum of motorization, we consider this attraction must be seen. It was in Cuba where I drove a 60-year-old car! 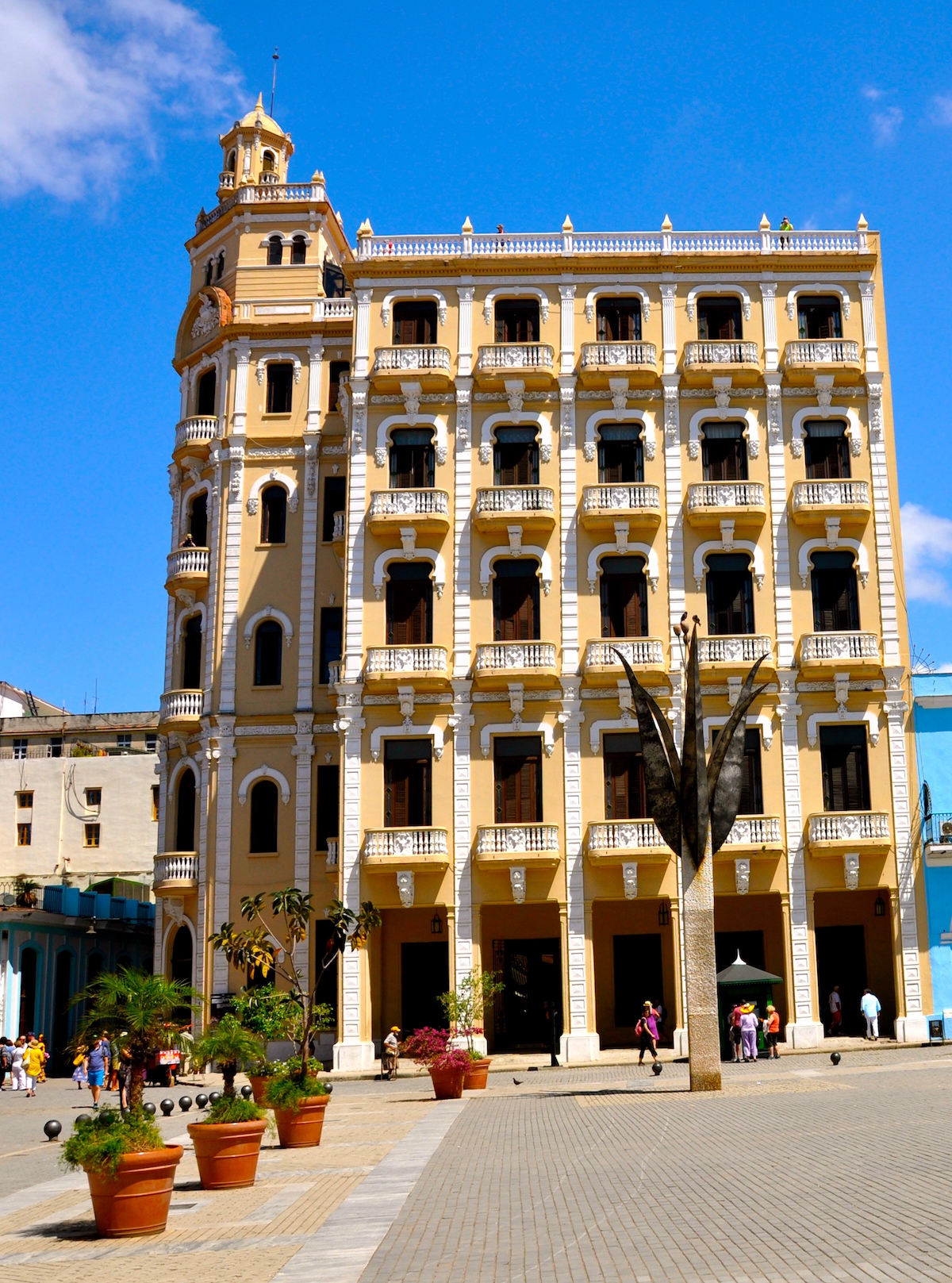 It is time to know the secret of a delicious mojito, which is the most popular drink among the

Tourists. The Cubans only drink rum usually. The rum itself, like in Poland the vodka is drunk.

For many people, it is a surprise that the Cuban mojito looks simpler than the one is served in Europe. Remember that this is a drink that comes from Cuba, which is a poor country and all improvements differ from the original.

In the Cuban version, the mojito is made of lemon juice, sugar (white), carbonated water, rum, peppermint and ice (very rarely crushed ice). 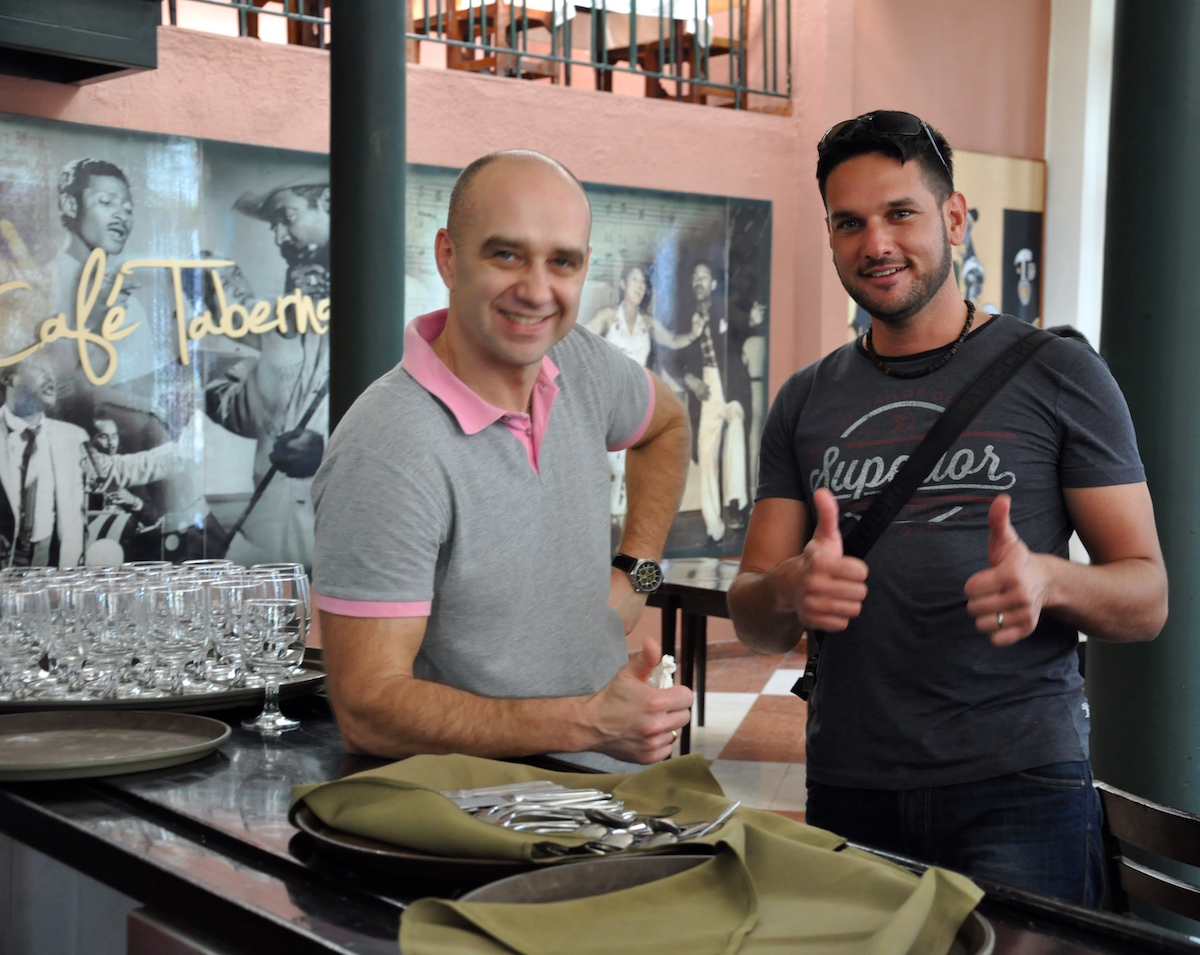 The hawks of the streets of Havana always say for themselves that an interesting and unexpected place can be founded without a plan, like the case of this tag of posters. 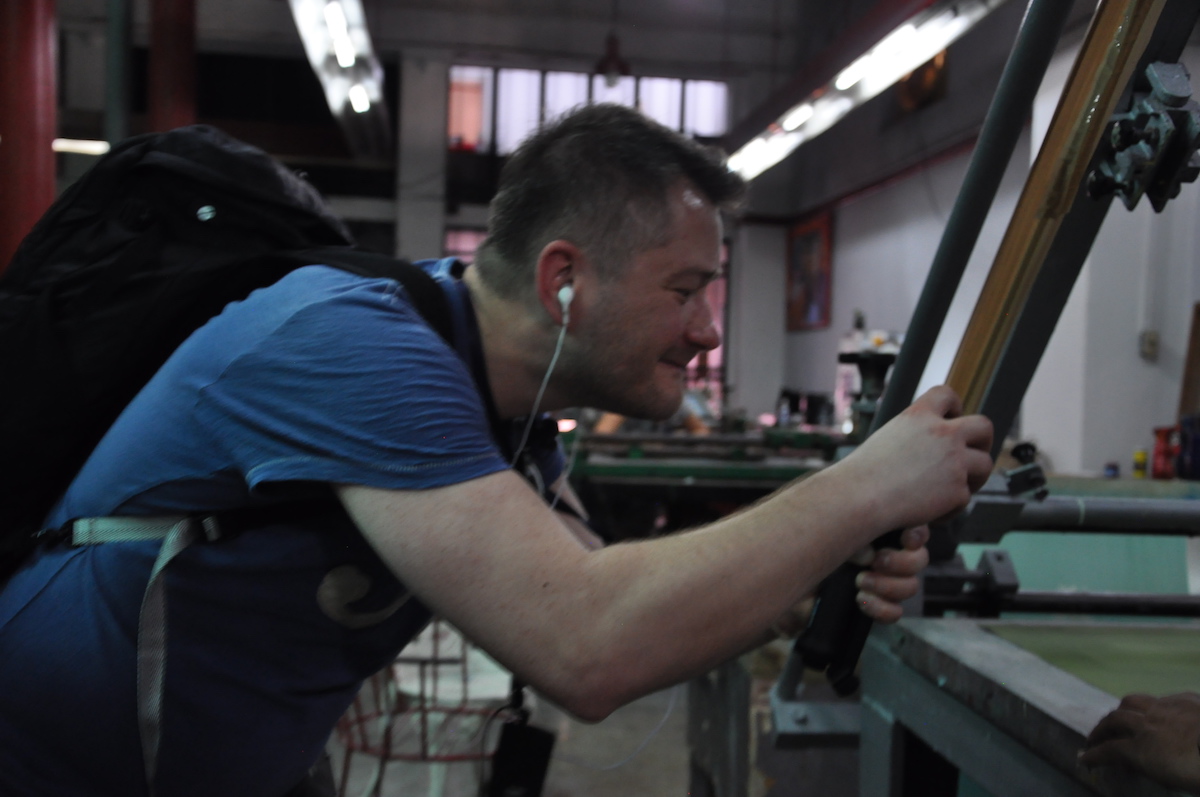 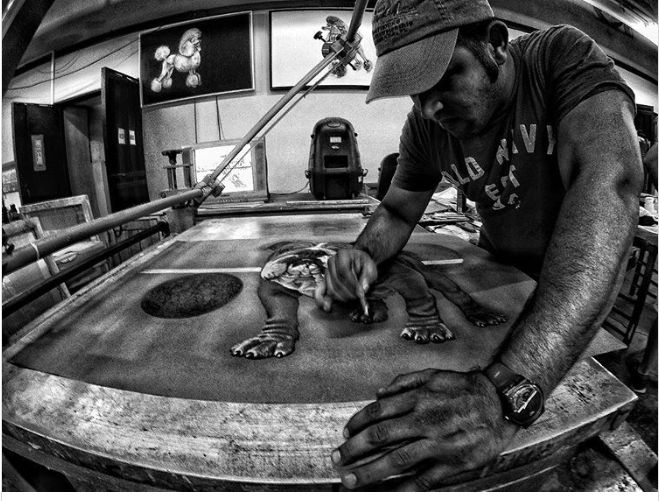 The day was crowned with a delicious piña colada at the gardens of the National Hotel and the absolutely lovely performance by the Parisian Cabaret.

Following the footsteps of Hemingway

We spent the second day in Havana and around Ernest Hemingway. And as he had an active social life, we had a lot of work. The tasting of Daiquiri was made at the Floridita Bar; check if really the best mojitos – just like Hemingway used to say – are made at the Bodeguita del Medio, but we also went to his home at La Vigía Farm and the fishing was in Cojimar, where The Old Man and the Sea were created. 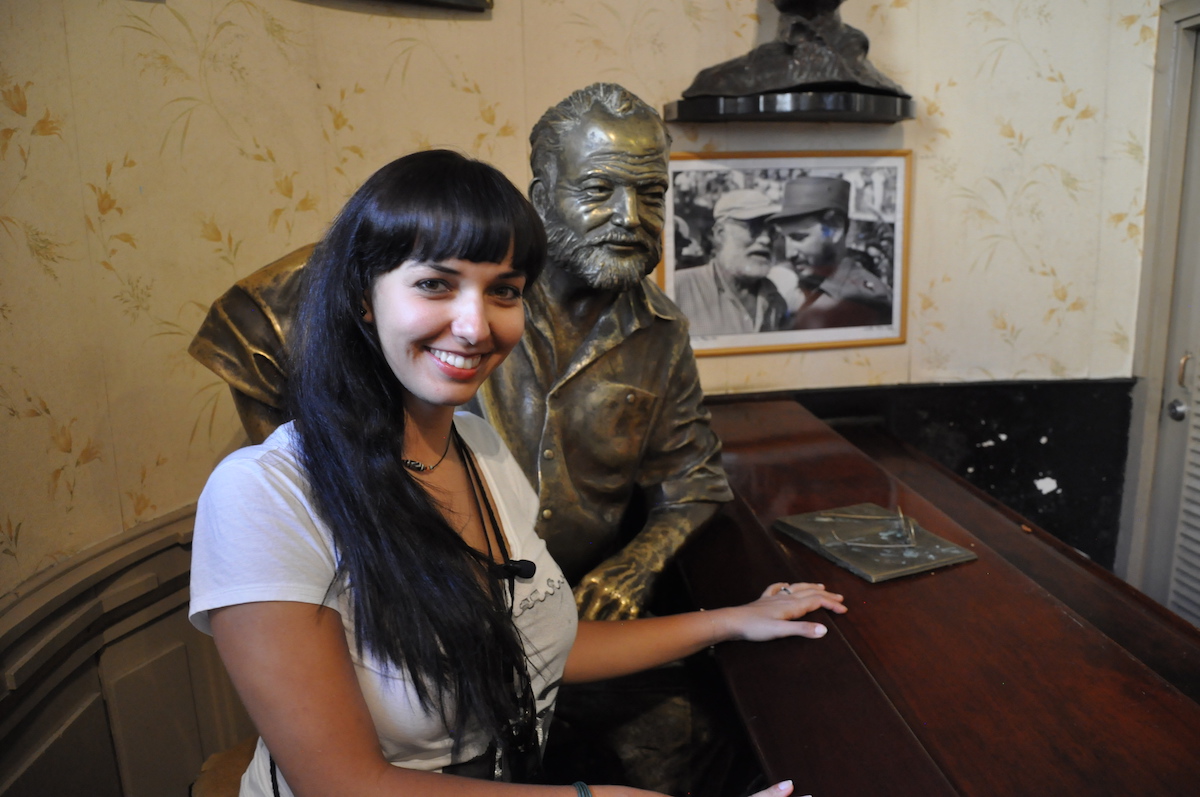 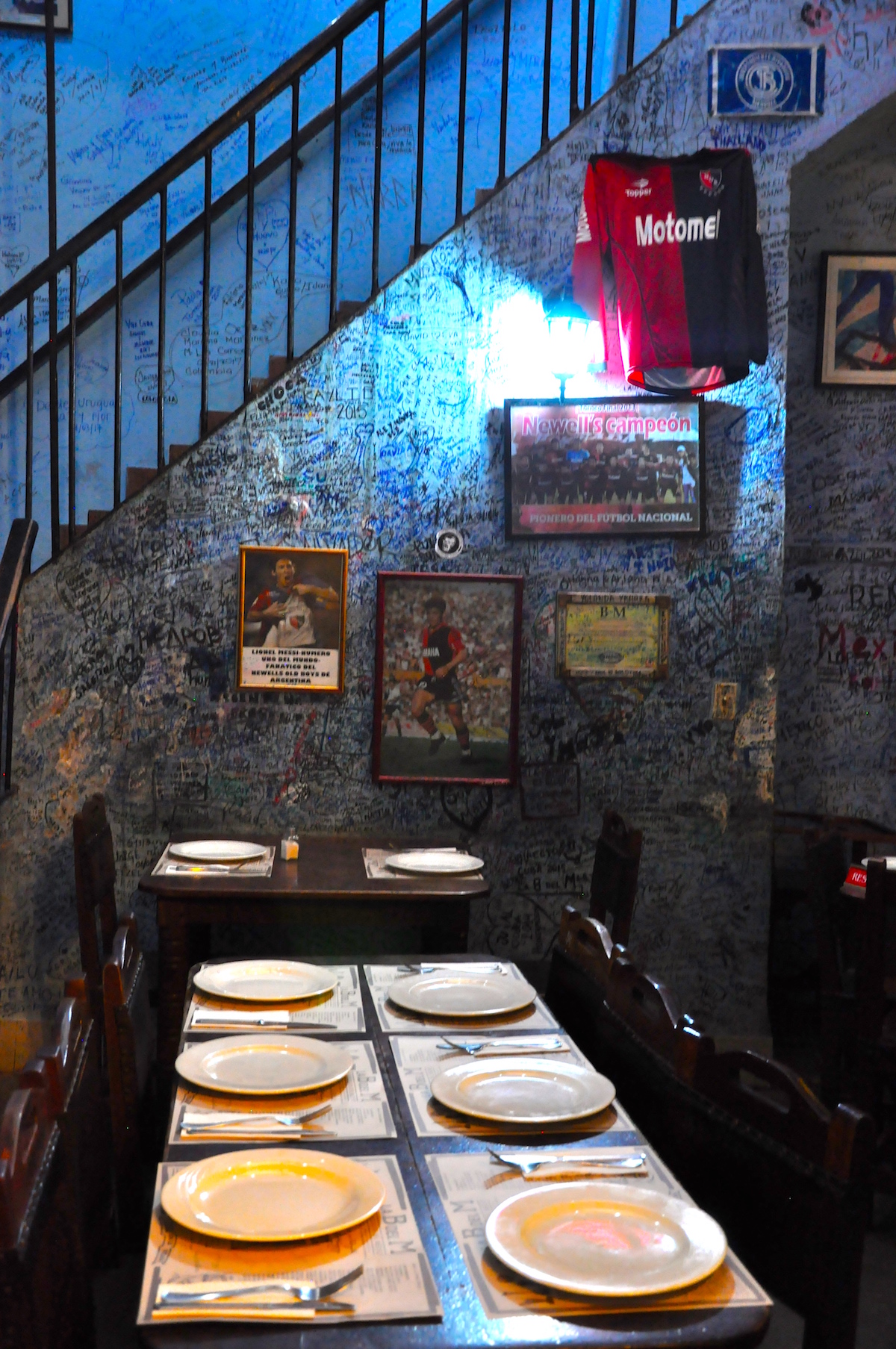 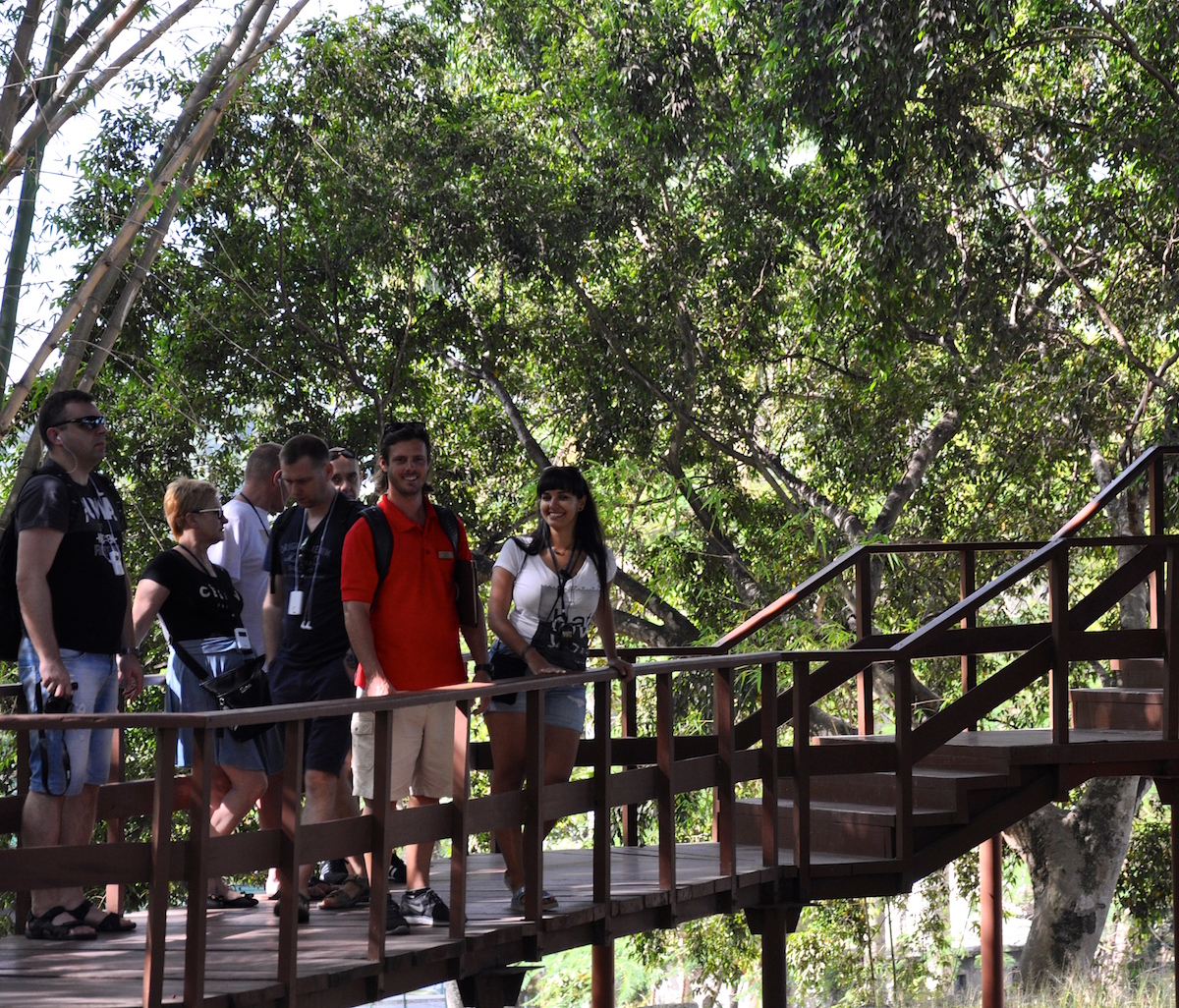 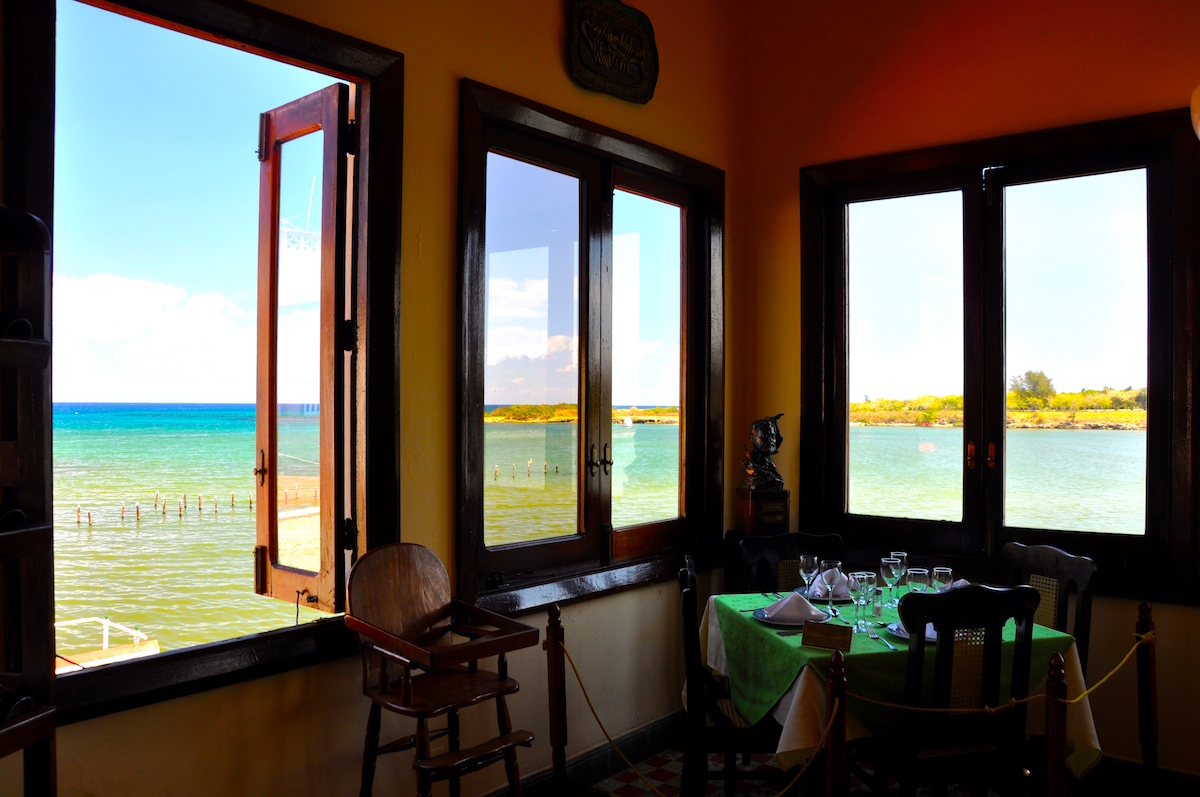 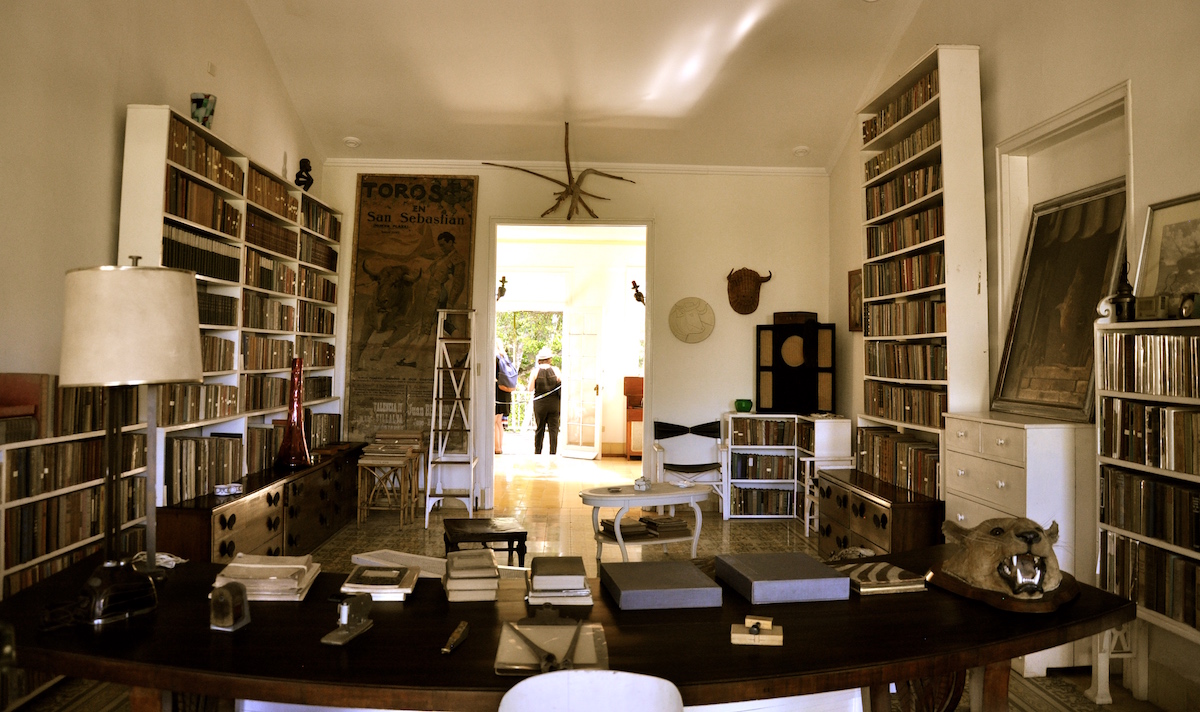 The next spot of the program was our favourite place in Cuba, which of course is Vinales. It was here where we visited the tobacco plantations, swam at the Indian Cave and tasted Guayabita liquor in a traditional factory in Pinar del Río. We return to Havana at night to go to the south of the Island the next morning.

We started the day visiting Cienfuegos, a city decorated with the style of Paris. Our target, however, was Trinidad, which is one of the first cities that were founded in Cuba. It was here where the Spaniards expanded the sugar cane plantations and traded slaves.

Since our group comes from the construction industry, and Trinidad’s architecture is famous for the roofs covered with tiles, we visited two factories to see how they are made in Cuba. 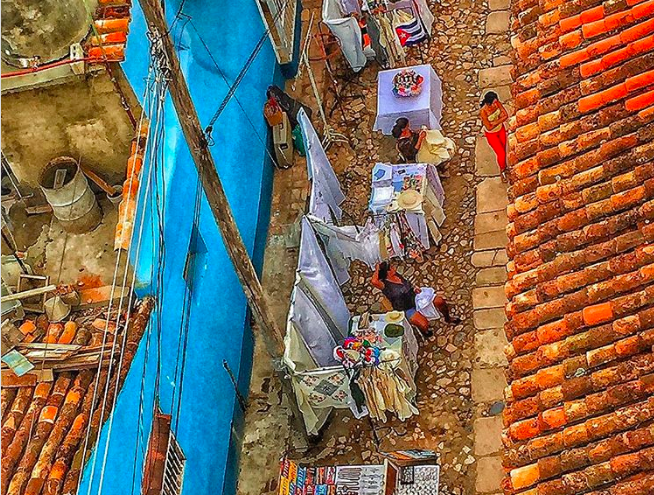 I must admit that everything looks very different here… 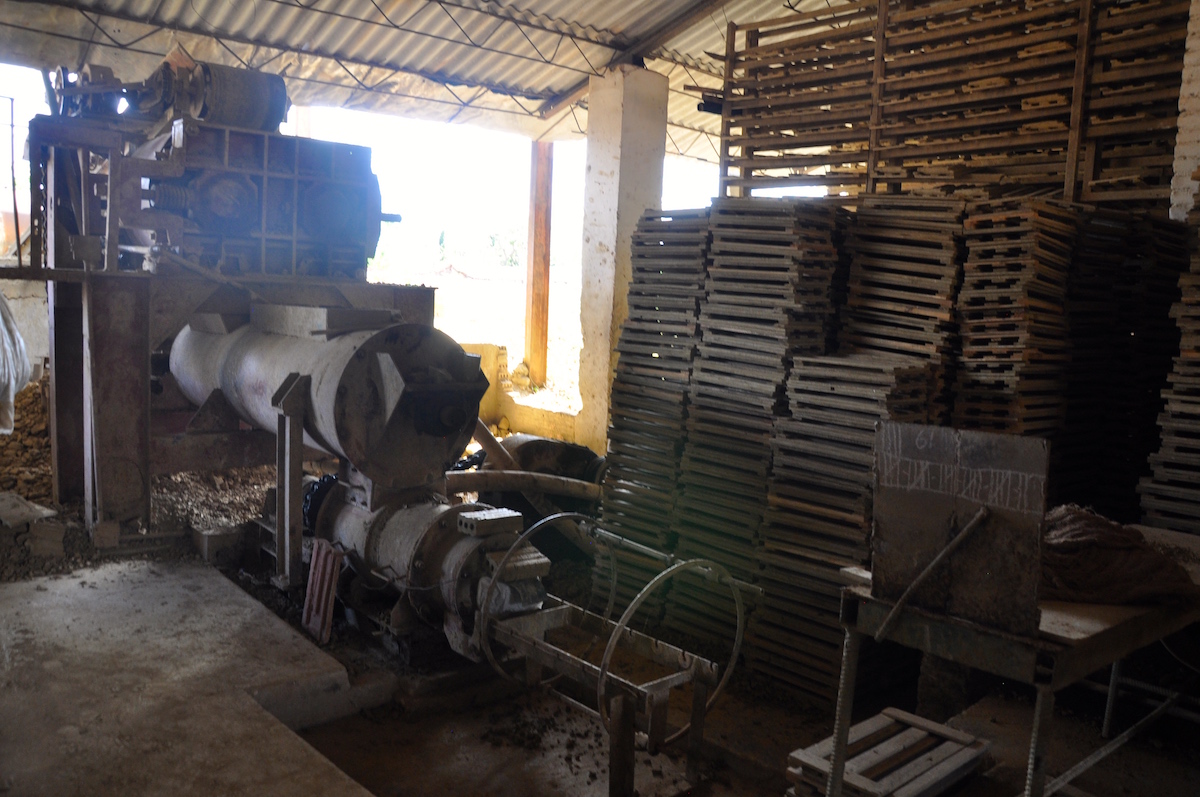 Trinidad was also a great place to organize a horse riding trip. This is how we enjoyed it: 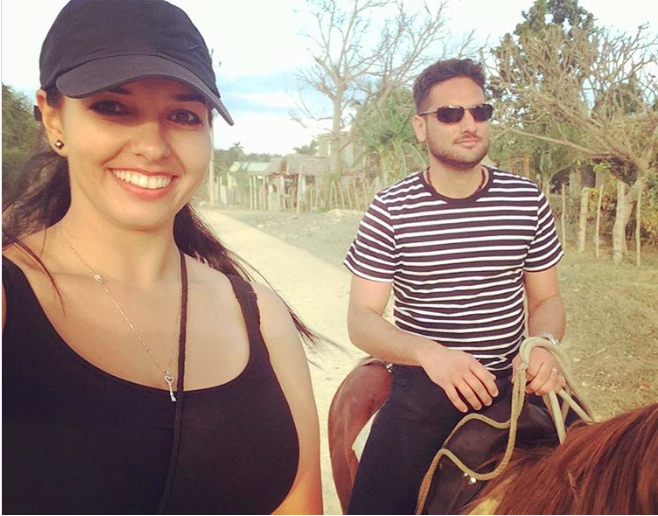 Previously, with Michel, we only travelled in Vinales (that’s how we met), so it was nice to go on a trip together again, in completely different circumstances.

To learn about the history of sugar plantations and slavery, we went to the Valley of the Mills (Sugar Mills Valley), we climbed the 44-meter-high tower of the Iznaga brothers, from where slaves were watched out while worked in the plantations. The entire region along with Trinidad is included in the UNESCO World Heritage List. 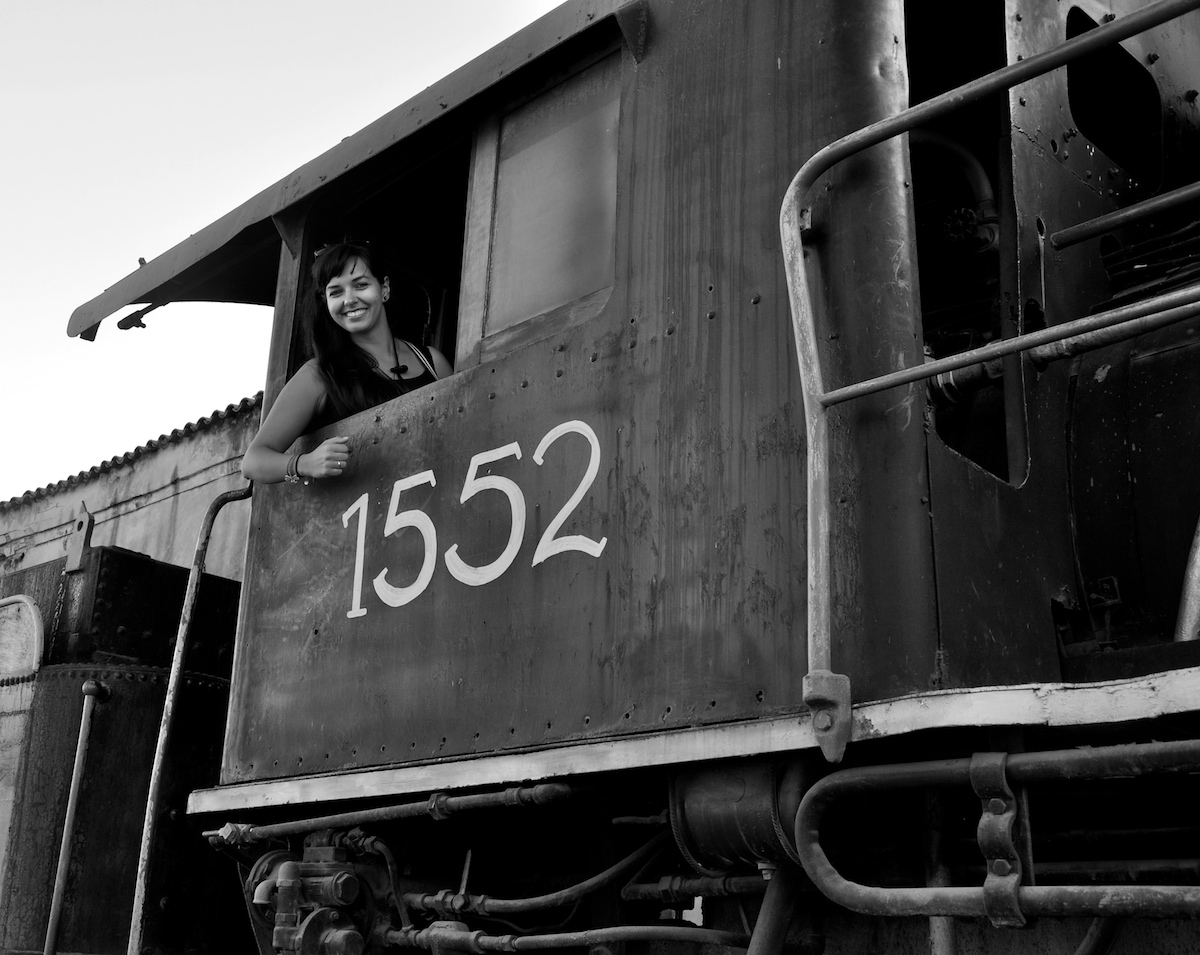 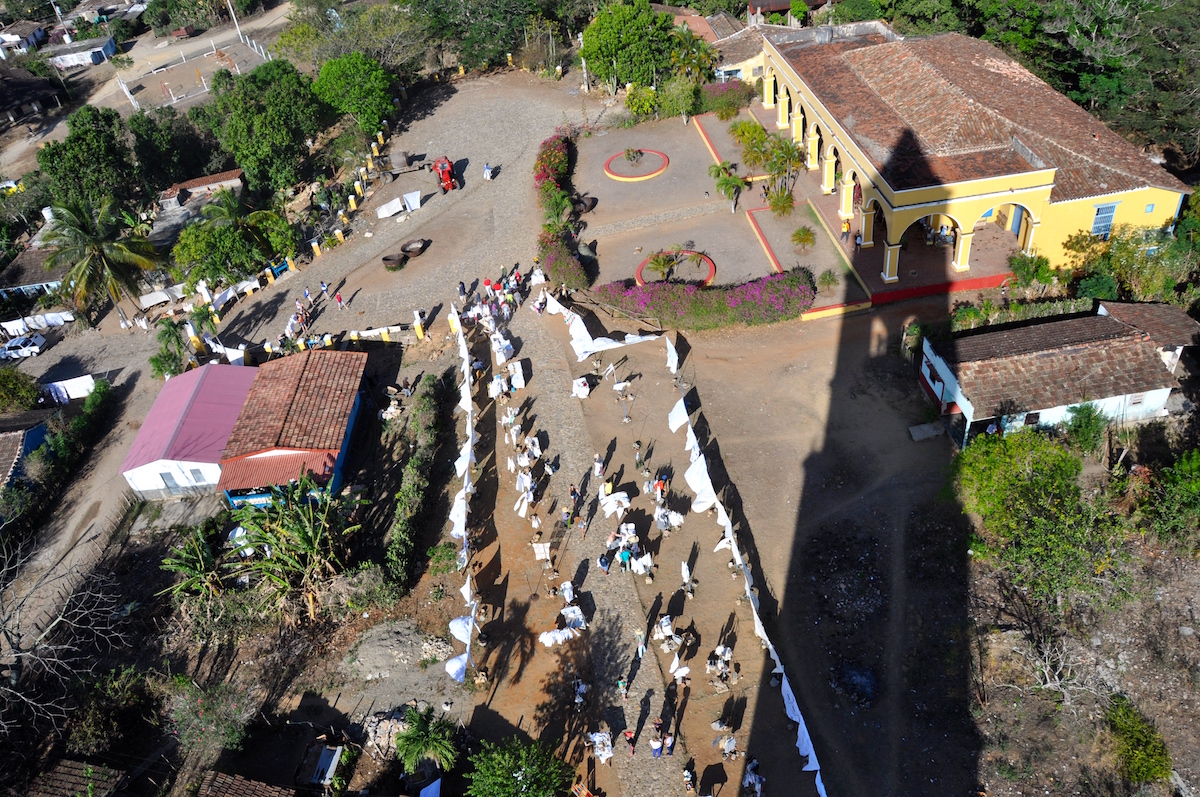 On the way back to Trinidad, we visited a ceramic factory to see how the miracles that decorate the main square of Trinidad: Plaza Mayor, are made. The show was organized by the owner himself, a friend of Raúl Castro. And these moments have become more enjoyable tasting Canchanchara, a traditional and regional drink made of rum, honey and lemon juice. Yum! 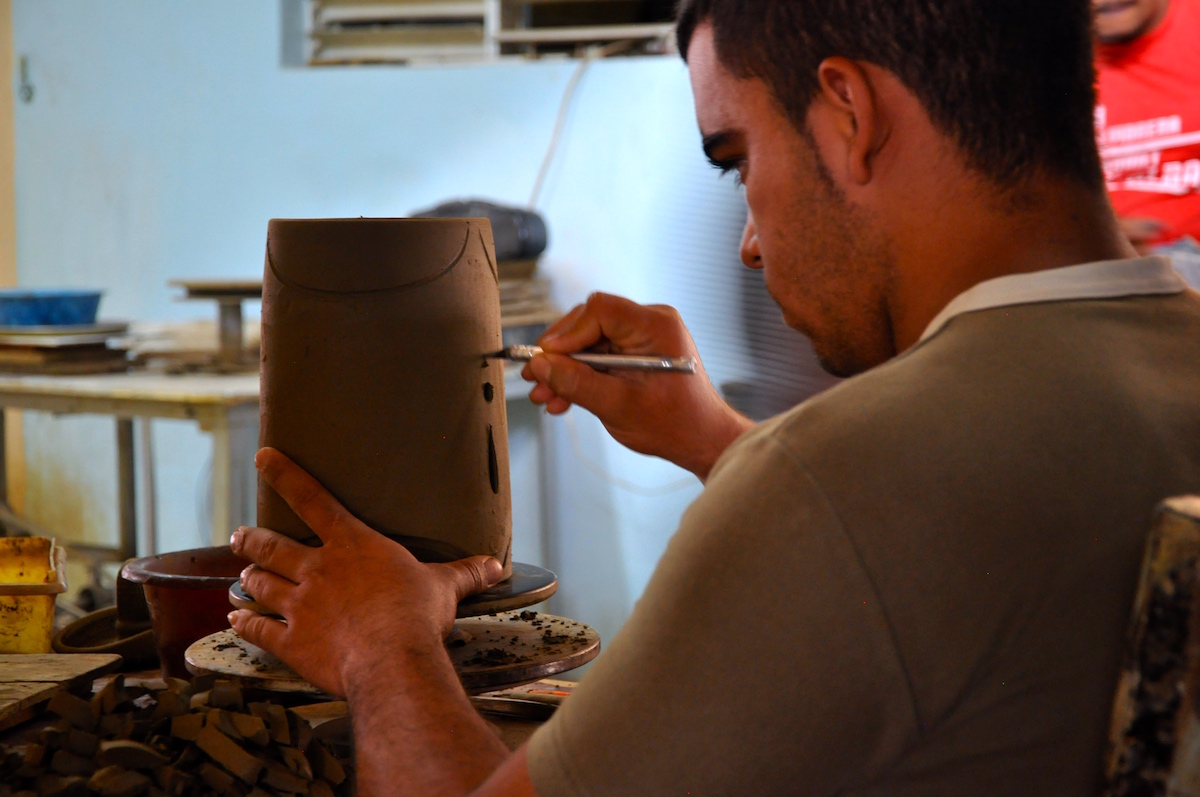 The end of our trip was in Cayo Santa María.

Before returning to the north of the Island, there was another opportunity along the way to re-enter the tobacco plantation and photographing farmers while working. Our driver, on the road, also gave a ride to a Cuban family, which we treated as a doubly good deed when the child vomited us :). And just before the coast, we visited another charming city with a colonial-style – Remedios (Remedies).

Later on, we had an intense time of workshops that were organized at the hotel theatre and, above all, a break on the beautiful Caribbean beach of Cayo Santa María.

Did you like the trip? Drive with us to Cuba! See winter expeditions

We currently are running for:

• Sports and adventure trip from January 12th to – January 25th.